November is an interesting time to be in the UK. This is the period when all of England embarks on a massive celebration of the time when a Yorkshire ‘terrorist’ very nearly destroyed the houses of parliament with explosives. In order to help people fully appreciate the dangers involved in the incident many of the shops sell family sized packs of explosives which invariably lead to hundreds of burns and other injuries – often to small children. In addition thousands of pets and wild animals are scared out of their wits by the millions of explosions and flashes during the nights leading up to this great anniversary.

Not wanting to be left out of this cultural high spot I checked out the time of a rather large celebratory event about half a mile from my living room and loaded myself with lots of chocolate and red wine in anticipation of some visual excitement. The event in question was the annual Woking Firework Display which took place in the town’s main park. As my apartment is about 12 storeys above the park I tend to get a pretty impressive birds eye view of the fireworks without having to leave my sofa. Fortunately I was able to get a few photographs of the fireworks before the wine took effect.

To help set the scene here is a  picture of my ship shaped apartment block. I live on the south end which allows me to enjoy the fireworks stretching across most of the south Surrey countryside.

Fortunately the weather was very mild on this evening (7th November 2015) so I was able to open the windows without risk of hypothermia. This enabled me, in addition to the visual treat, to be able to enjoy the Star Wars theme and Adele’s James Bond ditty bellowing out from the loud speaker systems in the park below. Any poor animals in the park that had not already died of fright due to the explosions probably ended up with tinnitus!

In case you missed your own local terrorist remembrance display here is a selection of my pictures of the evening. To enhance your pleasure why not also listen to my baroque interpretations play list on YouTube  – just click on the box below: 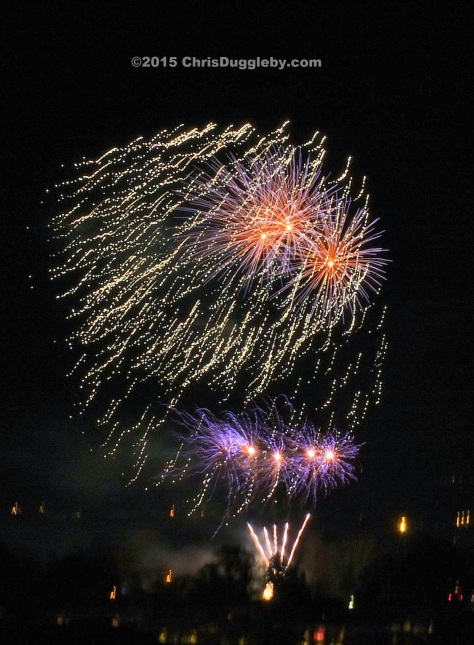 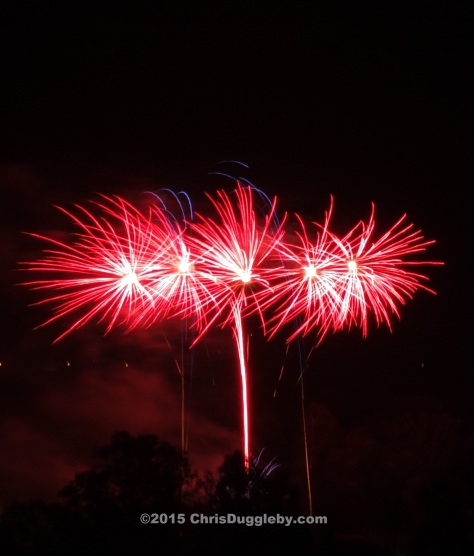 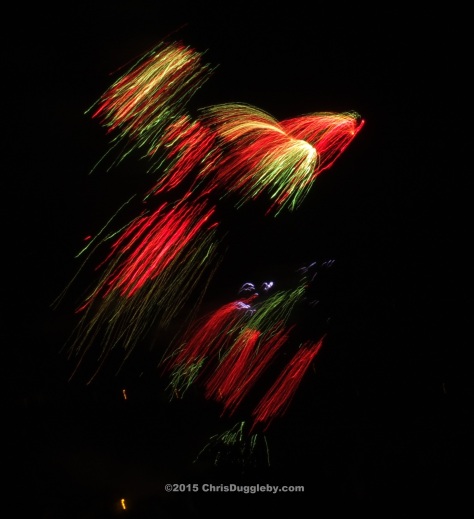 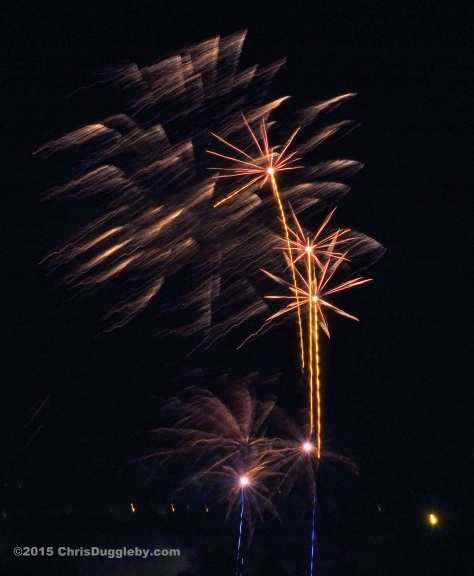 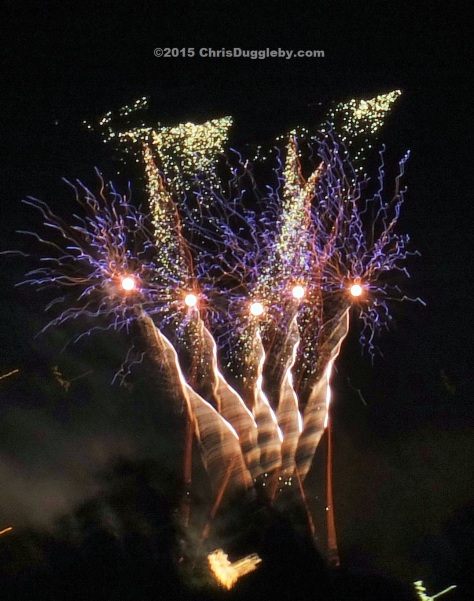 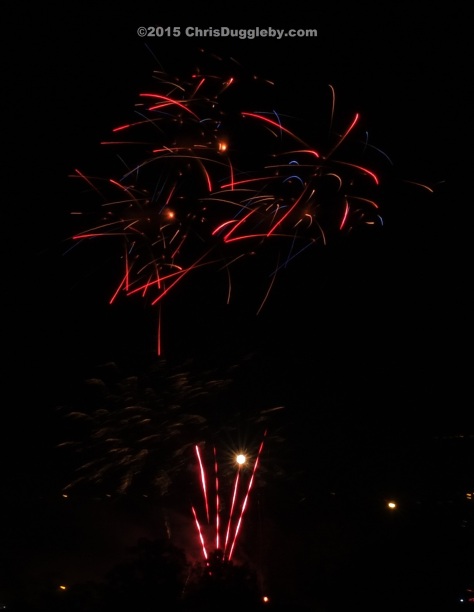 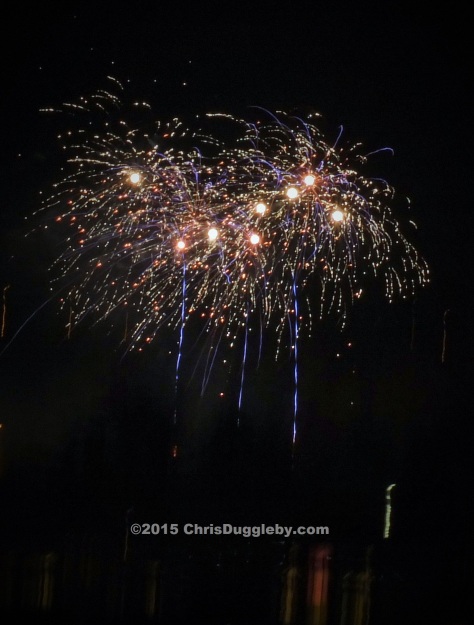 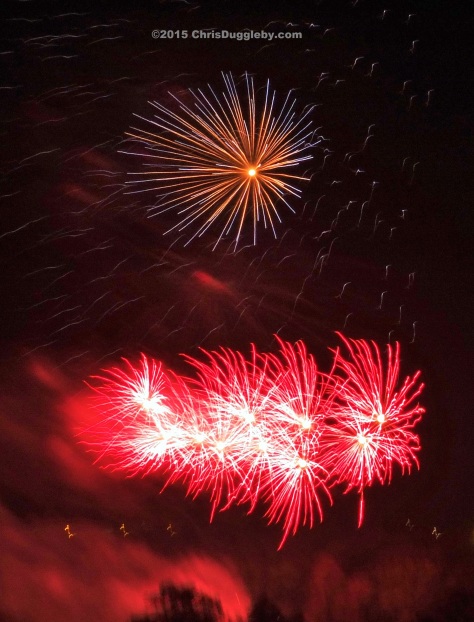 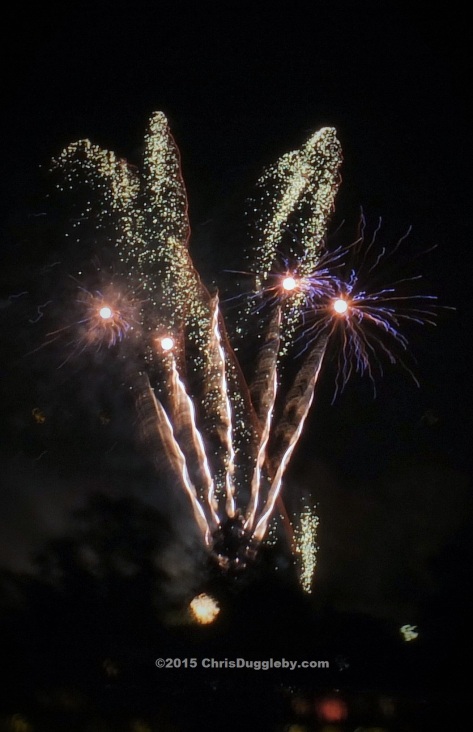 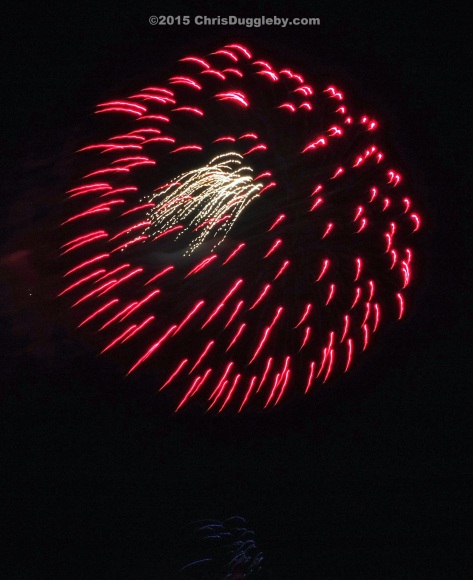 Any non-Brits may wonder why we go to all this trouble to celebrate a former terrorist. Guy Fawkes was born in the town of York in 1570 and eventually became part of a catholic conspiracy to blow up the then houses of parliament by placing explosives in the cellars. Suspicions were raised when catholic members of parliament received letters advising them that it would be in their best interest to stay away from work for a couple of days. King James got wind of this and on the 5th November (‘Bonfire night’) he had the cellers searched and found Guy Fawkes with a rather large amount of explosives and a long match.

King James ordered that Guy Fawkes be taken for a stretch in the Tower of London. In those days a ‘stretch’ in prison had a more literal connotation than today. Basically prisoners who required interrogation were often increased in length during the questioning process. This was because of the use of the rack which pulled their arms and legs in opposite directions. To fill in time they were often asked difficult questions during this stretching exercise. If they got the answers right the stretching would stop. At the end of the process they were given a confession to sign as a true and accurate statement of their answers to the questions. Although their arms and legs may have been torn out of their sockets many prisoners, like Guy Fawkes, still managed to sign the confession (although their writing was perhaps a little untidy).

The sentence given to Fawkes and his conspirators in 1606 required for them to be dragged along the ground across town behind a horse, to have their genitals cut off and burned before their eyes and then have their bowels and hearts cut out. The bits of their bodies were then to be displayed in the open air (to become “prey for the fowls of the air”) and were eventually distributed around the country to act as a disincentive to other potential conspirators. It would appear that guy himself (unlike his less lucky conspirators) managed to break his neck as he mounted the scaffold which meant that by dying he did not have to endure some of the more agonising elements of his punishment. The following picture depicts this first ‘Guy Fawkes’ celebration:

For new visitors to my site you may be interested in some other articles featuring Woking and the Surrey countryside. Here are a couple of examples:

Searching for Cannibals in Surrey

The beach where the Martian invaders landed

Enjoy the rest of Sunday and the forthcoming week (and please be sensitive to any animals that may still be on a state of shock).

If you found this article interesting please consider taking a look at some of my other recent reports.

…starting with some fun reports…

…and here’s some more serious stuff…